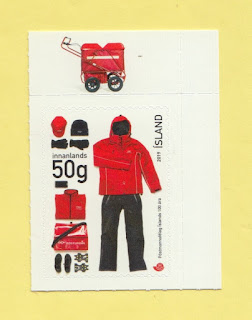 The Icelandic Postal Workers Union was founded in Reykjavik on March 26, 1919. The history of Icelandic postmen can be traced back to 1776 when King Christian VII issued a directive establishing domestic postal services in Iceland. The first Icelandic mailman was Ari Guðmundsson, who travelled extensively with mail through the forbidding mountain regions of the Westfjords.

When the union was formed, the Icelandic labour movement was in its early stages. Iceland had recently gained sover­ eignty and there was a general sense of social recovery and revival. In 1932, its members were 73 in number, but today they number 900. The union ́s main task is to safeguard the interests of Icelandic postal workers and to ensure improve­ ments in their working conditions.

The Icelandic Postal Workers Union has grown a lot in stature with its growing membership numbers. It is now one of the strong pillars of the Federation of State and Municipal Employees (BSRB) and an important force in the labour movement. In 2001, only one quarter of the members were still employed by the official Post and Telephone, which on January 1, 1997, made way for Post and Telephone Ltd. and a year later Iceland Post. Despite these changes, the union continues to promote social justice and foster human values.
Posted by Jefferson at 7:04 PM