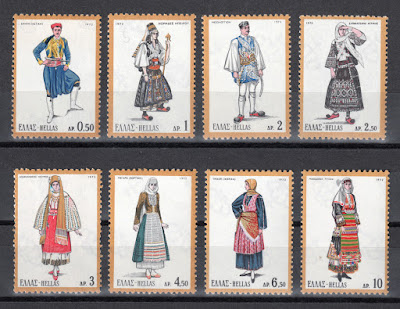 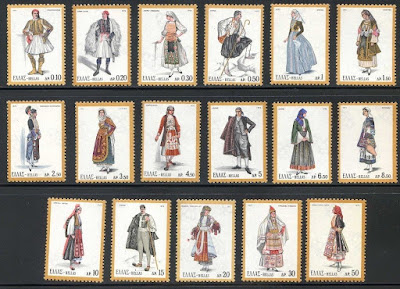 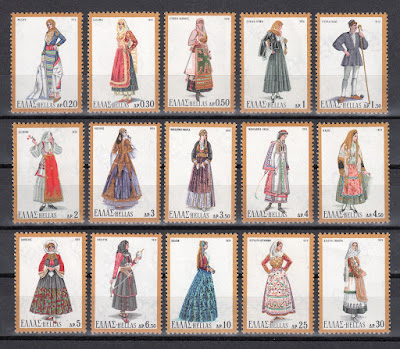 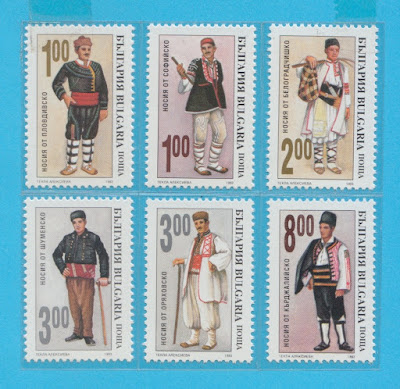 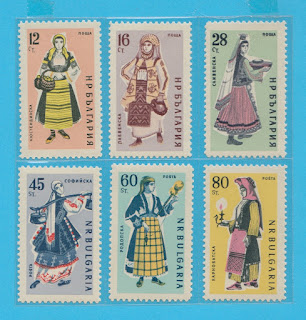 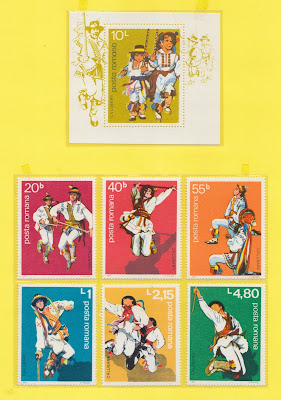 The tradition of the Calusari comes from the ancient times of Dacia and even today still keeps it’s pagan core. Once upon a time, Calusarii were priests of a solar cult. Lead by a great priest, their dances were much more then an initiation, were an exorcism. The great priest was the one that was asking the god for help while leading the army of the Calusari in their war with the evil spirits that took over the villages. More so, they used to take a vow of silence, the only one being allowed to talk being the leader who at varied times was requesting them to release certain war calls.

Xenophon ( Anabasis, VI,I 5-6) describes the ancient Thracian dance of the swords as such: “The Thracians started to dance, weapons in hand, on the sound of panpipes, while jumping in the air waving their daggers. At the end, after one of them overpowered another and all thought that the fallen one was dead: he fell with a great art”.

The great priest of the solar cult shared his knowledge with only one man who took his place. With the expansion of Christianity, pagan cults slowly dissipated, while the traditions remained rooted in the world of the Romanian villages. In this way, the Calusari remained a dance understood by less and less people. And yet, people still believe that watching the Calusarii dance brings good luck over the entire year. The Calusarii bring with them joy and protection against illness. The tradition says that each group of Calusarii gives life to the ritual dance and takes suffering away.

The Calusari are described as groups of odd numbered men, sworn to stay together in celibacy and ritual dancing for a period of nine years. Their secrets are to be never known. They are feared warriors who fight the “iele” (“them,” magical dancing maiden fairies).

According to the Romanian historian of religions, Mircea Eliade, the Calusari were known for “their ability to create the impression of flying in the air” which he believed represented both the galloping of a horse and the dancing of the fairies. Indeed, the group’s patron was the “Queen of the Fairies”, who was also known as Irodiada and Arada, and who Eliade connected with the folkloric figure Diana.

The origins of the Calusari are unknown, although the first written attestations are from the 17th century. Eliade noted that “Although the oath taken is made in the name of God, the mythic-ritual scenario enacted by the Calusari has nothing in common with Christianity”.

The Calusarii have to stay together for the sworn period to remain invulnerable and invested with the supernatural powers and if they break away from the group they would fall prey to the iele. But together, they can heal those possessed by evil spirits by performing their dancing and rituals around them.

The costumes worn by the Calusari are white, decorated with colorful sticks, hand made hankies, while the hats have beads and colored ribbons. The most important instrument is the flag, a four-five meters long stick on top of which are tied plants as garlic and wormwood, salt and white and red ribbons, sacred colors in the Dacian vision who connect the dance to the ancient rituals of Zamolxe.

The dance of the Calusari seems to be one of the oldest and most complex of the folk dances of Romania. The men who wished to enter the group of the Calusari came together outside the village, on the shore of a water, where, in a ritual, sworn to respect the rules of the group, including sexual abstinence. For ten days they live in a sacred time and space. During the entire period they wear a specific costume with bells on the legs, a stick, and sleep under churches to be protected by attacks from the Iele. The ceremony included magical practices and invocations, dances and ritual acts executed by the strictly organized group of men. After the ceremonial dances are finished at the end of the ten days, the men meet in the village, greet each other like after a long absence and life goes back to normal.

The dance of the Calusari, in the popular tradition, meets different functions including the magical transfer of the divine fertility through spells during the dance over salt for animals and a bowl with seeds for sowing in the fields. Other benefits were of speeding up the marriage and fertility of the young women who were admitted into the end dance, healing of the sick and the sending away of the Iele (malefic fairies) through the practice of warrior acts and the used of magical plants during the dance.

The Calusari dance is considered one of the fastest and most spectacular dances in the world and was included by UNESCO on the list of non material masterpieces of the universal culture.
Posted by Jefferson at 2:08 PM No comments: Links to this post 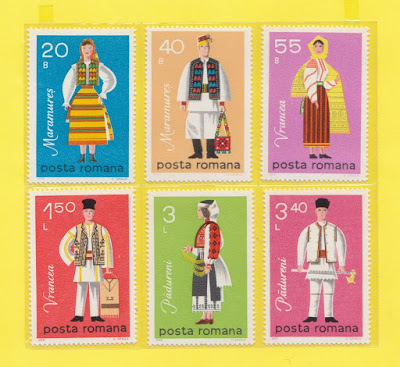 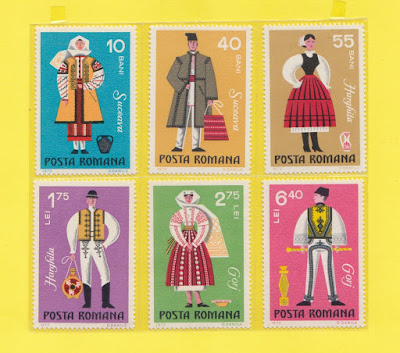 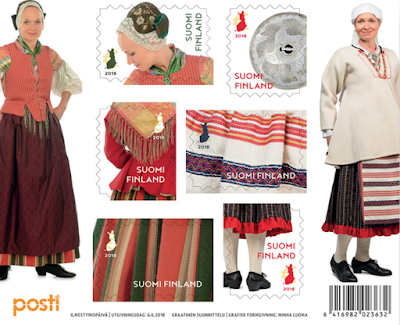 Graphic designer Minna Luoma is designing a mini sheet featuring two national costumes. The costume of the goddess represents the Western-Finnish tradition and Jääsken costume of Karelian craftsmanship and costume. The miniature sheet depicts the entire national costume and the magnifying glasses have magnified the fine details designed for the costumes, among others. a gunshot and a firecracker.

Photo-based signs are designed in close cooperation with the National Waxing Center. There are more than 400 national collections in Finland, which are a part of the sheepskin fashion for a couple of centuries.

The world of clothing is not strange to Minna Luomä, because she has studied textile art besides graphic design. - Skilfully designed national costumes represent sustainable development and combinations of suits can also be a good idea for today's dress, Luoma's hint.
Posted by Jefferson at 3:36 PM No comments: Links to this post